She’s maintained a relatively private life since winning her lawsuit against Britney Spears and Will.i.am.

But Tulisa has made a return to the spotlight as she stepped out to celebrate landing her first lead role in upcoming film Diva at Santa Monica’s Loews Hotel in Los Angeles on Monday evening.

The former N-Dubz star, 30, took the plunge in a tiny white skater dress, which flashed her chest with its perilously low-cut halterneck line. 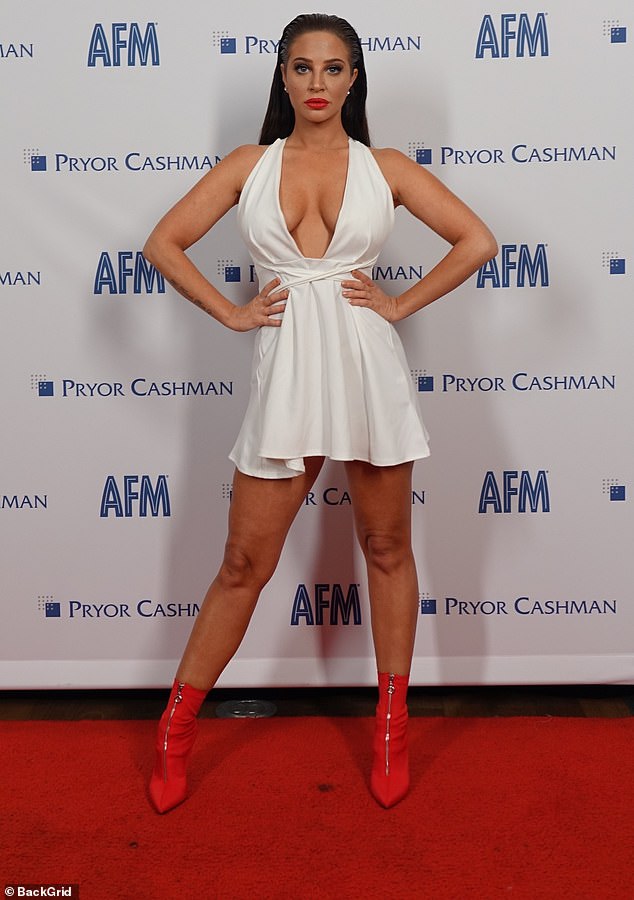 Ensuring all eyes were on her, Tulisa displayed her enviable legs in the thigh-skimming ensemble, which she teamed with a pair of scarlet zip-up boots.

The former X Factor judge continued to up the style ante as she accessorised with elegant pearl earrings.

Intensifying her appearance, the Live It Up hitmaker wore her brunette tresses in a slick back hairstyle. 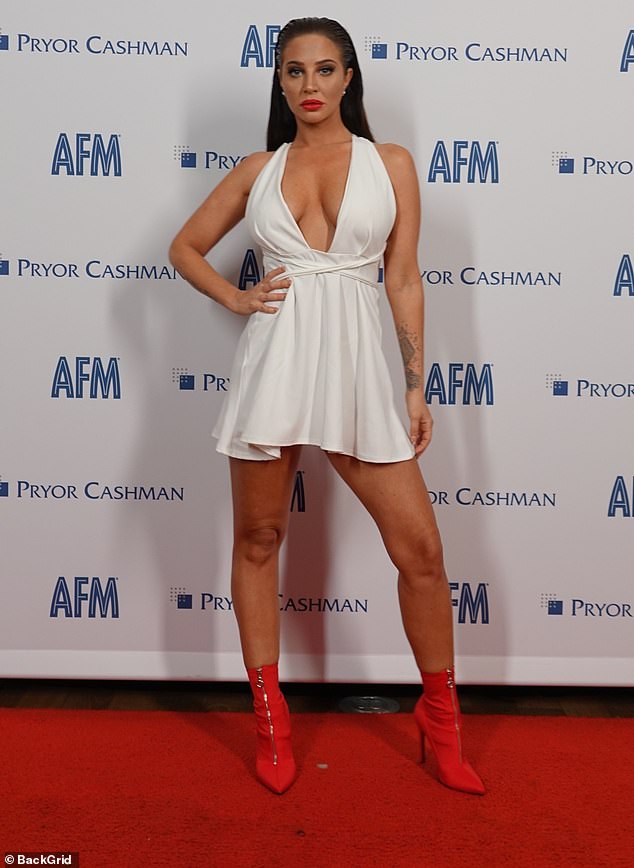 Tulisa mixed Old Hollywood glamour with contemporary beauty trends as she complemented her beauty with a smoldering smokey eye look and red lipstick.

In the London-set film, The Female Boss plays Sista C, an international pop star whose sister is killed in a brutal gangland murder.

Putting family before her career, she leaves her LA home to uncover the truth about her sibling’s shocking killing. 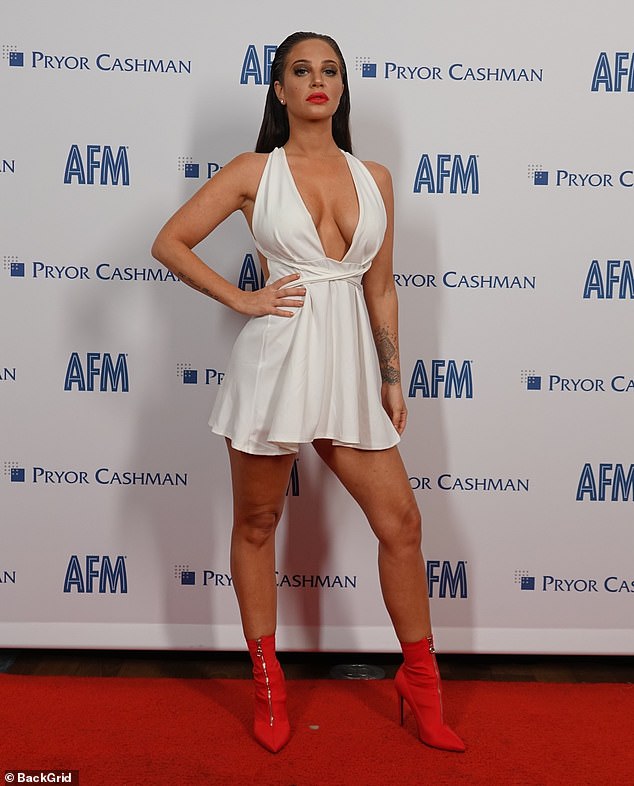 Speaking on the film, Tulisa said: ‘I’m thrilled to be working with Evolutionary films on this project and getting creative in the studio. This is a very exciting time!’

This is not the first time the brunette beauty has delved into the acting world, as she starred in 2011 films Demons Never Die and  Big Fat Gypsy Gangster.

Tulisa rose to fame a member of N-Dubz in 2000, and has since released her debut album The Female Boss.

Speaking on Loose Women recently, she revealed there’s ‘no bad blood’ since her win two months ago in a legal case against Britney and will.i.am for being left off writing credits on hit track Scream & Shout.

Tulisa said: ‘I don’t feel bad blood about it. At the end of the day it’s not a move I would have done.

‘But look at the success that he’s got out of it and off the back, I can’t complain, I’ve got a Number One hit in loads of countries around the world, so everyone won. It’s a shame it had to go that way, but chicken dinner, everyone’s a winner.’ 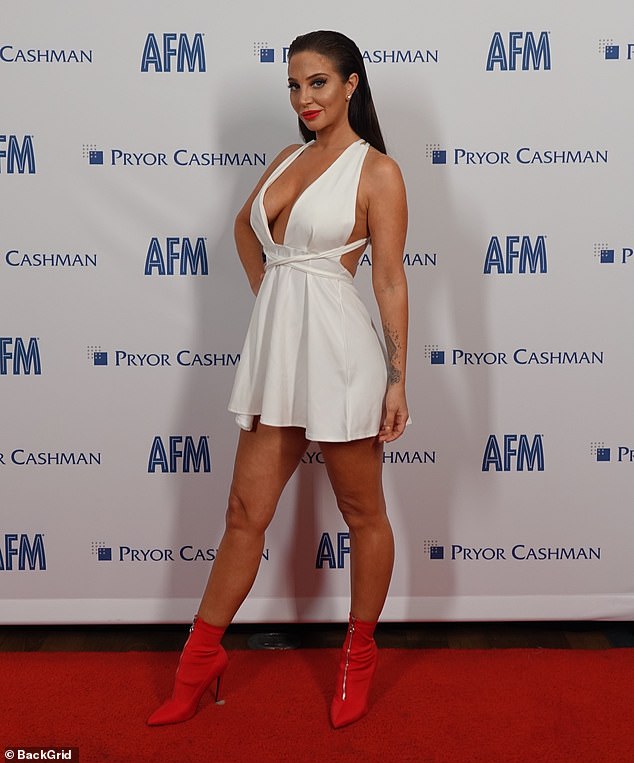 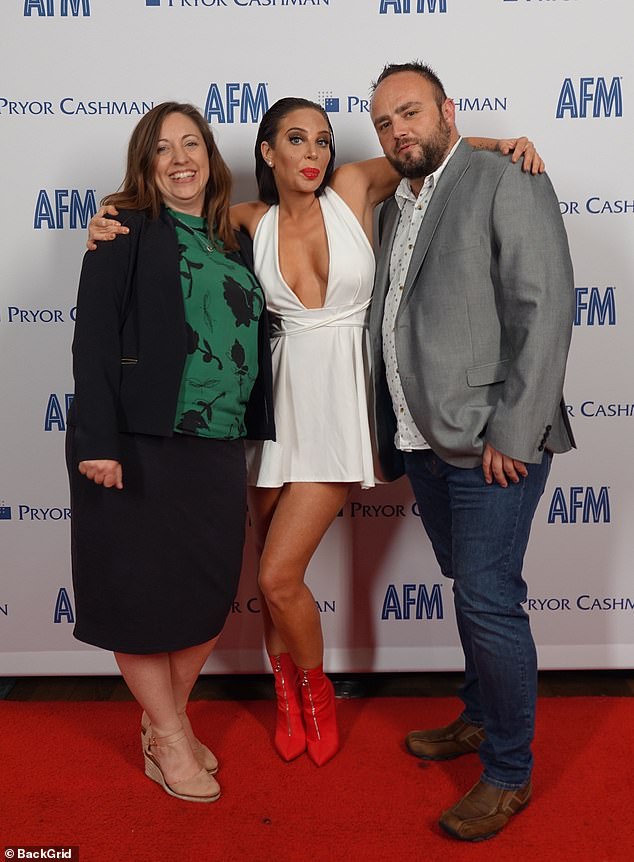 Tulisa had maintained she co-wrote the chart-topping song – which was released in November 2012 and went on to become Britney’s first UK number one in eight years – and had planned to feature it on her debut album.

Her victorious five-year legal battle over songwriting credits is set to land the erstwhile N-Dubz star a massive payday, as she was awarded 10 per cent of the worldwide publishing rights and income from the song.

Tulisa helped pen the song under the title I Don’t Give A F**k for her album The Female Boss. She was not only eventually shut out of recording the track but learned that Scream & Shout had been credited to Will.i.am, Jef Martens and Jean Baptiste.