John has over twenty years experience in the entertainment industry, with a particular focus on the business of film. Prior to launching Evolutionary Films, John held senior roles at global sales agencies and as supervising producer to Discovery reality television content across Africa and Russia, including running productions on the ground in locations as remote as the west African jungle and icy tundra of Siberia. A former British Army Officer, John launched the first agency in the UK to provide military advice and support to the entertainment industry and has acted as a consultant to broadcasters including HBO, ITV, the BBC and Channel 4 as well as working on major Hollywood productions including Steven Spielberg’s BAND OF BROTHERS, THE QUEEN, DOOM and the X-MEN franchise. A prolific writer, director, producer, AD, line producer and executive in the UK independent film sector, John has amassed over 80 film and television credits (more than 30 as a producer) on projects with budgets ranging from under $50k to over $100m.

Diane started out in the film industry working for Stanley Kubrick and has established herself as highly capable producer and line producer across more than 30 film and television titles. Her recent projects include production managing and line producing high end television series for UK shoots delivering to the streamers including A TOWN CALLED MALICE for Sky Studios and MAMMALS starring James Corden and Sally Hawkins for Amazon Studios. Diane has line produced several acclaimed television shows including the BAFTA Nominated CYBERBULLY for Channel 4 starring Maisie Williams from GAME OF THRONES, MIRACLE LANDING ON THE HUDSON for US network National Geographic, and the highly controversial 100 DAYS OF UKIP for Channel 4. She also has extensive experience in the British independent film industry as line producer on theatrically released features working with stars including Sheridan Smith, Jaime Winstone, Jonathan Hyde and Sir Geoff Hurst, and was the line producer on POWDER ROOM for Damian Jones and Pinewood Films. Diane has worked in the development department of a major television corporation across a number of projects simultaneously developing, budgeting, scheduling, casting and packaging episodic and one off dramas and drama documentaries.  She is highly capable of planning and managing multiple drama shoots on location and in the studio, supporting the creative vision, and is a member of the Production Guild.

Ross is the epitome of knowing and understanding your product, which is extremely useful in his role that includes acquisitions for Evolutionary Films. In addition to his extensive experience working for an international sales agency on titles including the critically acclaimed MARGIN CALL (starring Kevin Spacey, Paul Bettany, Jeremy Irons, Demi Moore and Stanley Tucci) and cult international hit IRON SKY, he is also an award winning genre filmmaker in his own right, whose films have been released in more than 20 countries around the world and whose fan base continues to grow. Currently Ross has five features as director on wide release (including Evolutionary Films’ own VENGEANCE franchise featuring WWE Superstar Stu Bennett, Vinnie Jones and Gary Daniels that is released through Saban Films and Lionsgate in North America) and a huge library of over 40 short films to his name including PURE VENGEANCE (starring Scott Adkins), which was selected by the film critic Jonathan Ross to be featured on his television series STOP! KUNG FU. Ross studied Media Production at the prestigious Bournemouth University and has an impressive and extensive knowledge of all things film, especially genre and action movies. He is well known on the film festival circuit and has strong relationships with international buyers.

Mohammed's career in the entertainment business started in 2013, working with production companies to raise equity for independent film and television projects. He has experience across a range of film investment structures including regional funds, pre-sales models, bank discounting and private equity raises including accessing EIS and SEIS tax reliefs. Prior to moving into the finance sector of the film industry, Mo's background was in public facing sales, retail business and marketing. He is confident in any public speaking situation and his extensive experience dealing with customers is crucial in his role at Evolutionary Films that includes managing shareholder relationships and overseeing the company's financial planning and communication strategy.

A member of the Chartered Institute of Marketing and an Incorporated Practitioner in Advertising, prior to joining Evolutionary Films, Alistair’s own boutique brand agency worked with diverse blue-chip and government clients in Singapore, London, Moscow, Dubai and Finland. Initially diversifying into the music and film sectors in 2009, Alistair achieved the first ever ‘Record of the Week’ accolade from BBC Radio 2 for an Eastern European artist, as well as brokering global major label record deals for UK and Eastern European artists. In 2012, Alistair co-produced the showpiece interval performance for EUROVISION in Baku, watched by a live television audience of over 300 million people. Since 2013, Alistair has advised the UK Government’s GREAT Britain campaign, which is the most ambitious inward investment and trade campaign ever devised by government, operating in 144 countries. Alistair’s work has focused on the luxury and creative sectors. In 2014, he incepted the ‘STAR WARS – Made GREAT in Britain’ campaign, and was key in brokering a joint venture between UK government and Disney. Subsequently, he wrote and produced seven key promotional films to celebrate the 40-year partnership between STAR WARS and Britain. In 2019, Alistair was appointed as an Ambassador for the GREAT Britain Campaign in recognition of his contribution to the campaign since 2013.

Michael comes from a theatre background, as a producer, and predominantly in designing training programmes for professional actors, directors and the general public. In his role as Creative Programme Director at the Actors Centre in London, he developed original workshops and courses with high-profile, international practitioners from Europe, Israel, Australia, New Zealand, Canada and the United States. He has also delivered training programmes in collaboration with the BBC, Channel 4, Shakespeare’s Globe, English Touring Theatre, Complicité, Directors UK, Casting Networks International, 4Talent, Equity and the Royal Court Theatre. In addition, he co-produced Talking Heads, a series of industry interviews with LA-based actors, directors and producers, and London vs LA, a short series of industry debates featuring professional panels of industry leaders. Michael has been with Evolutionary Films since 2017, focusing on Sales and Distribution. 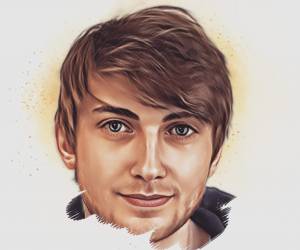 Archie is a Film Production graduate from the University of Portsmouth, who has studied the technical side of film extensively for the past eight years. Whilst studying he practiced a variety of roles, including producing, scriptwriting, directing, cinematography and video editing. Before joining Evolutionary Films, Archie worked in the YouTube sphere, as a video editor, for a variety of content creators, which included channels such as RoomieOfficial and RageGamingVideos. As well as working as a video editor, Archie has managed a small team that creates video advertisements and social media clips for various UK based companies.

Nadia joined Evolutionary Films from a background in retail and has made the company's social media feeds her own. In addition to running social and responding to all public and filmmaker enquiries that come in via those channels, she also puts together ideas for release strategies and timelines for the release of marketing assets and announcements and deals with international buyers to ensure online marketing strategies are aligned globally.